80 Forsyth Street, on the corner of Forsyth and Luckie Streets 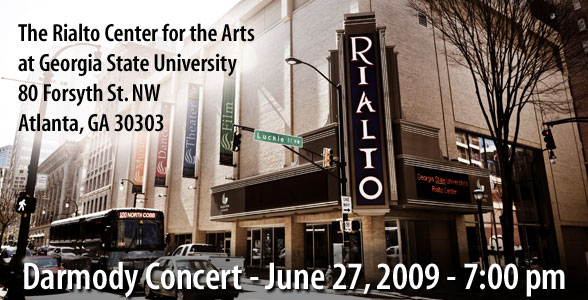 Georgia State University ‘s Rialto Center for the Arts is an 833-seat performing-arts venue located in the heart of the Fairlie-Poplar district in downtown Atlanta. 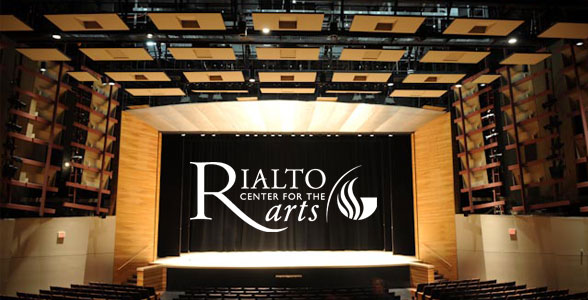 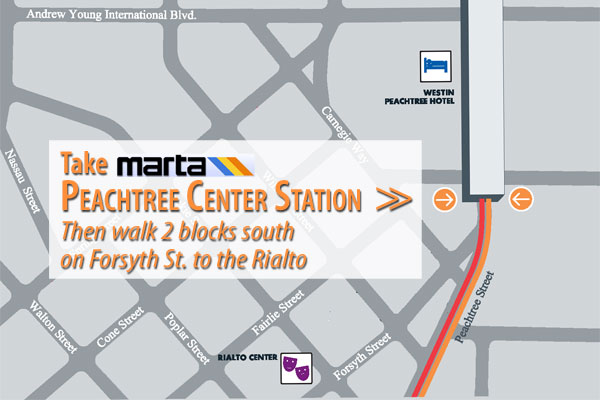 • The Rialto was built in 1916 as a 925-seat theater, the Southeast’s largest movie house.
• The Theater’s name was the Rialto, defined as exchange or marketplace.
• At one point in its history the Rialto boasted the largest electric sign south of New York City.
• Following a successful $14 million fund-raising campaign, Georgia State University purchased and renovated the Rialto to make it a state-of-the-art concert and performance hall.
• The Rialto Center now boasts superb acoustics after the theater’s roof was raised 12 feet.
• In March 1996, the re-opening of the 833-seat Rialto Center for the Performing Arts marked a turning point in the revitalization of the historic Fairlie-Poplar district of downtown Atlanta.