Jaclyn Pruehs has been singing on stage with her Dad, Steve Darmody, since she was barely walking. From as early as age 12, Jaclyn has performed solos on 3ABN and has also sang on the  2006 and 2009 Family Reunion Concert Videos.

Now, married, and living in Chattanooga, TN, she shares concerts around the country while occasionally singing with the gospel group, Heritage Singers. While her husband completed his dental degree at Loma Linda University, Jaclyn was often seen on the Loma Linda University Church telecast while singing specials for Pastor Randy Roberts. 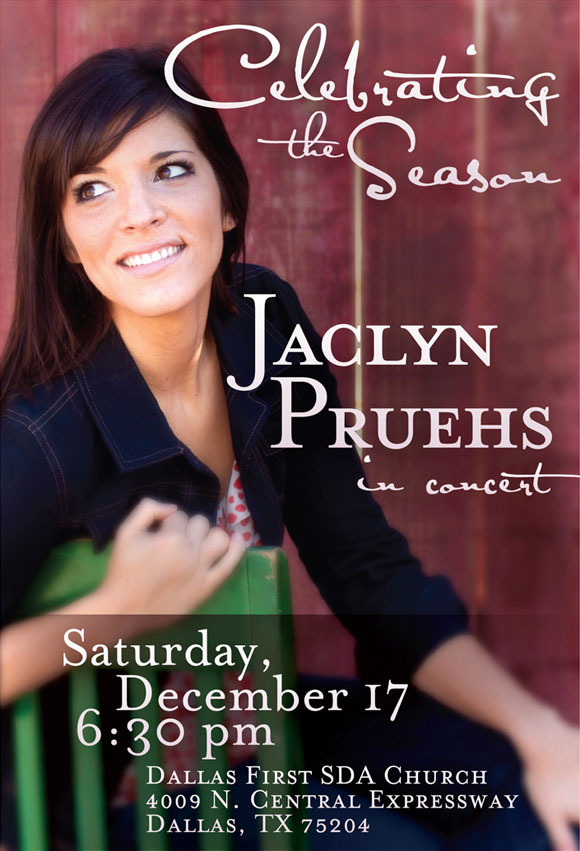